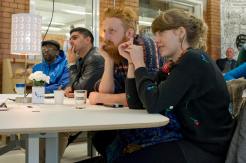 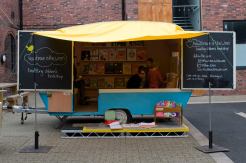 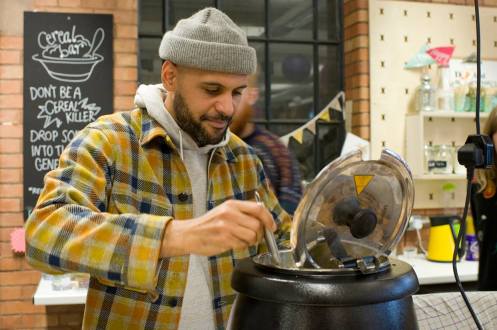 WELL DONE to our second Birmingham SOUP winners Soul City Arts who won the most votes on Saturday.

The generous attendees of Birmingham SOUP, including a kind donation from the The Barberry Mental Health team, collectively reached £474.

The project with the most votes was presented by Emily Jones from Soul City Arts, raising funds to re-open Mohammed Aerosol Ali’s alternative arts centre in the heart of Sparkbrook in Birmingham. This important community venue is called The Hubb, which means love in Arabic.

We also heard back from Elliot Lord, the first winner of Birmingham SOUP whose cardboard beds for the homeless project is going from strength to strength with more partners and important exposure in national press.

Our SOUP on Saturday was family friendly and it was great to have so many mums, dads, grandparents, friends and family to join in with community democracy. Big thanks to travelling children’s bookshop How Brave is the Wren for stopping by. This great venture from super brummie mummy Jenny Moore is a converted old caravan transformed into a beautiful travelling book shop with the desire to inspire young minds through books, art, illustration and design.

SOUP is a great way to raise money, build community support and get connections to local resources that can help you carry out your project. Our next SOUP will be in the New Year – watch this space for updates.

With LOVE from the SOUP team.

I'm co-owner of Birmingham based magazine's Fused and Area Culture Guide. Along with David O'Coy I produce the magazine's from our offices in Birmingham's city centre.. I am a writer, designer, stylist and all round publisher of lovely magazines. View more posts

One thought on “Our second SOUP!”