As usual this month’s SOUP had 4 project pitches… here’s a snippet from each project application to give you an idea of the variety and type of pitches we receive… who would get your vote? 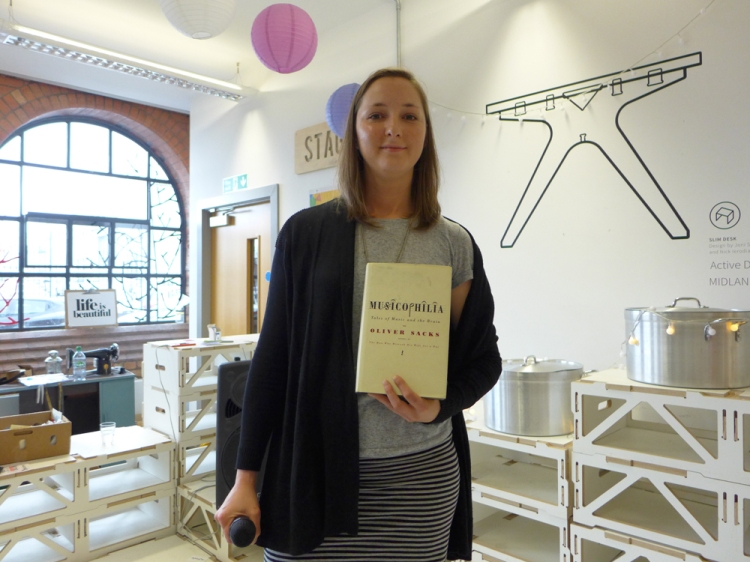 What is your project? Aiming to use music to reinvigorate and benefit the lives of older people, some of whom may have dementia, or others that simply have limited access to songs from their youth. Music can be healing and interactive and we would like to use the pool of singers and musicians in our community choir to help such members of the community access such therapy. In a nutshell, visiting older members of the community, either in daycare facilities or in their own homes by popping up and providing meaningful and unforgettable soundtracks that shaped their lives.
Research has shown that songs / pieces of music that we learn in our mid to late teens and early twenties stays embedded in our brains and when triggered can have profound effects in helping memory in general. More than this though, older people simply deserve to be entertained. By going back in time and learning the soundtracks to people’s lives that were prominent, using a quick calculation of their age and what was culturally popular in that era when they were in their late teens and early twenties, we want to spread a little joy and hopefully good vibrations (which is what we feel the point of music is) and explore the benefits of this.

How does this project benefit the Birmingham community? Music can be a great form of therapy, can uplift, reinvigorate and, according to great researchers such as Oliver Sachs (author of ‘Musicophilia’), trigger parts of the brain through vibrational stimulation that have otherwise become dormant. Moreover, it simply brings joy. Most people have a love of music (or ‘Musicophilia’) and this is a powerful tool that can bring some sunshine to the lives of any age. We feel that this project would benefit older members of the community and their families ten fold, whilst simultaneously bringing joy and a sense of purpose to the musicians and singers involved.
A sense of pride and meaningful interaction with older people, who are often disregarded in today’s society would also be a knock on effect for the singers and musicians. From previous work we have done in ‘old folk homes’, we have seen people who cannot speak and are largely paralysed shed tears when they hear a song they loved as a youth / young adult. Music is one of the best tools we have of bridging gaps across all sections of societies. 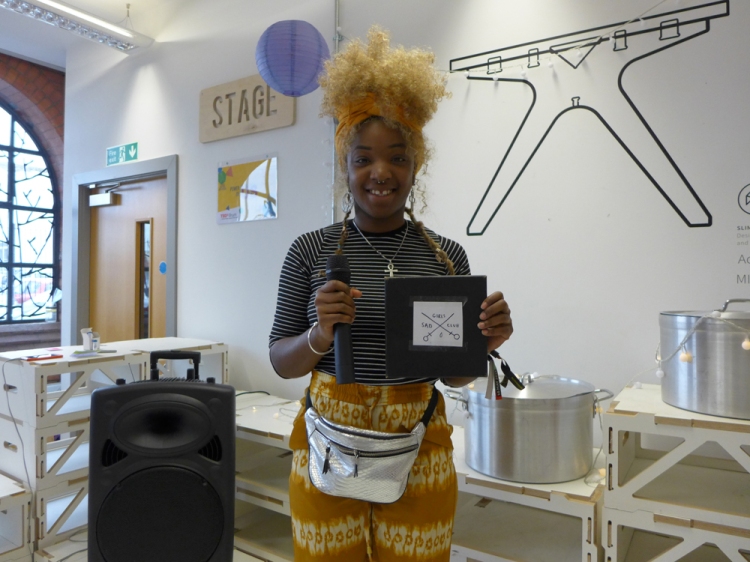 What is your project? Sad Girls Club is a collective support group and safe space for people with anxiety led by female “creatives”. It is ran by women for everyone. We believe that anxiety isn’t taken seriously enough in society. We need to have more conversations about anxiety to come up with solutions to a huge barrier that can take over peoples live.
The aim of sad girls club would be to create “anti anxiety packages” filled with grounded
techniques, mindulfulness techniques and just small things that make you a little bit less anxious.
The content would be created by the women in the collective as well as featuring a piece of content from a local community artists who face similar issues. Long term we would like to aim for the anti anxiety boxes to be something that people can subscribe to online and get one sent to their house or to a friend. This makes them shareable and potentially
something that can travel outside of Birmingham and capture a small part of the Birmingham spirit.

How does this project benefit the Birmingham community? Sad Girls Club benefits the Birmingham community because it mirrors the contagious energy that Birmingham has: giving voices to people whose stories are untold. People that suffer from anxiety often can find it overwhelming to explain themselves to people in conventional ways. Talking about anxiety can make you anxious. We want to be able to address the problem with workshops and talks as well as coming up with solutions that are active. 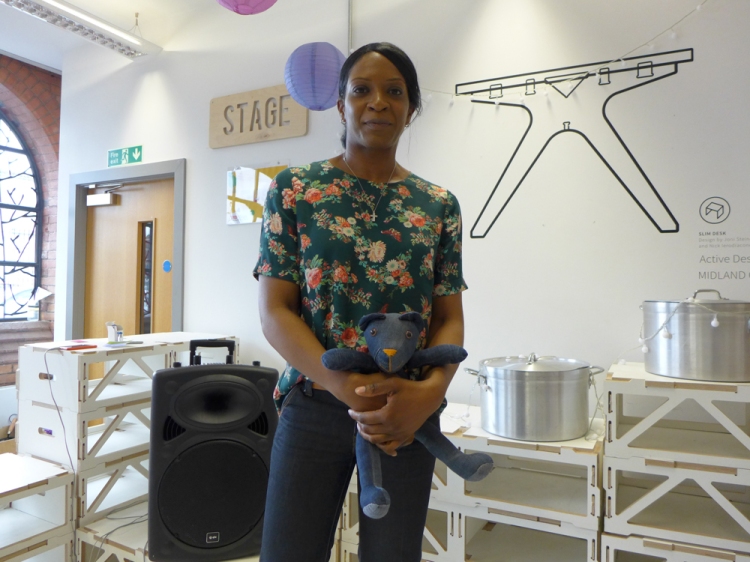 What is your project?  My project will be a ‘Creative Arts Studio’ with an aim to bring out the creativity in young people/adults. Some people don’t work well or excel within the education system despite being talented and bad experiences may have put them off wanting to go to college to study fashion/textiles.
It will create a platform for young people to be creative and self-sufficient when their funds are low. It will allow people to be able to make things for themselves or for their home without the need to go to college to study for it.
The project will give people the freedom to learn in a ‘No Limits’ environment and learn basic skills and the means to know how to create things for themselves at a relatively low cost. The project will emphasise sustainability it will show how they can reuse clothing and furniture thus reducing waste.
Ikea have donated textiles from furniture so that this fabric can be reused to upholster furniture. The project will identify the type of products that users would be interested in making such as everyday clothing for themselves, re-upholstering furniture they cannot afford to replace, new bedding because they have not got the funds to buy a complete set. This will help their money go further as I will demonstrate to those on a limited income how to create and repair garments/textile products on a budget.
The main beneficiaries will be young people aged 16yrs – 25yrs although the project will be
accessible to all. I will be offering a service to those on limited incomes and young people from areas such as Erdington, Aston, Newtown, Hockley and Nechells.
I will be targeting users that live in the YMCA in Erdington and Aston as these are disadvantaged young people from various backgrounds who may be on a limited income.

How does this project benefit the Birmingham community? The project will help to up skill some users for work, address social isolation, as it will enable users to meet new people. I would also take the equipment to them rather than having to travel to a studio so that they can feel comfortable in familiar surroundings. They would gain the confidence to make quality products and use specialist machinery confidently and safely. I would also offer a ‘pay as you sew’ service (similar to an Internet café) that users can come to and use resources at a low cost and still be able to access my technical support when needed. I will also offer a short-term machine hire service for users that would be unable to afford to purchase a sewing machine outright. 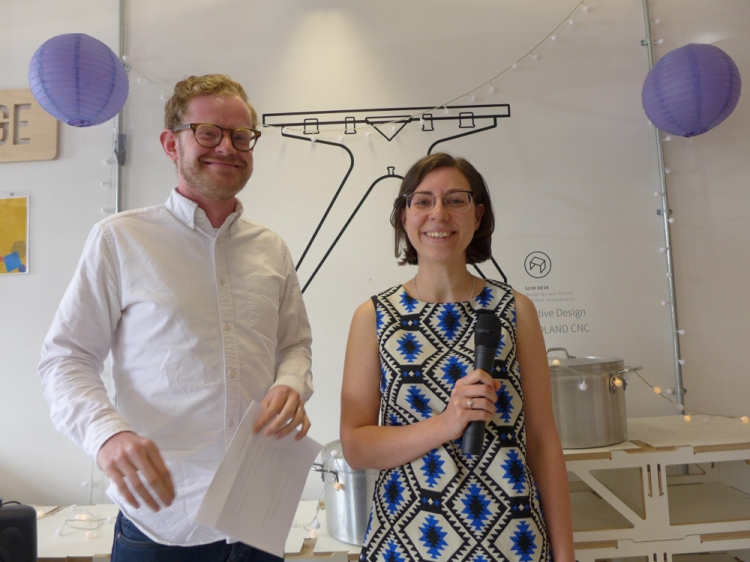 What is your project? Ampersand Projects will deliver a project that will introduce new arrivals to Birmingham from overseas – specifically those seeking refuge or at a significant social and economic disadvantage – to the city’s parks and green spaces. Often located at the heart of communities, meaningful interaction with these spaces will foster a sense of belonging for new arrivals.
Ampersand Projects will commission an artist to work with participants to embed their experiences in the landscape, and will seek to make artwork with them that will continue beyond the lifespan of the project, creating a legacy that they can share with their relatives and give them a reason to revisit the green space in future and feel invested in it.
In 2014, Birmingham was designated as a biophilic city, which is a biodiverse urban centre that offers its residents plentiful opportunities to interact with nature. Birmingham has 571 parks, more than 3,500 hectares of publicly accessible space, and 250 miles of urban brooks and streams. Sutton Park National Nature Reserve in North Birmingham is the largest urban park in Europe. An objective of this project, and Ampersand Projects initiatives more widely, is to encourage wider use of these spaces by local communities for their wellbeing.
Many of the city’s parks were founded in the Victorian era for the leisure for “the leisure and exercise [of] the ever-burgeoning metropolitan population”. They are often seen as quintessentially ‘English’. However, their horticulture is diverse and has international origins due to the heritage of specimen collection from the Victorian era to the present day. The ecology of Britain is ever-shifting, as is its population and culture. This project will reflect this and help new arrivals their contribution to the rich and diverse makeup of British society.

How does this project benefit the Birmingham community?  Proposed activity could include, but is not limited to, the following which would benefit the community: A new artwork made collaboratively between a professional artist and new arrivals to Birmingham; Workshops designed to engage participants with Birmingham’s parks and green spaces for the benefit of their wellbeing; Exhibition and interpretation material that is accessible to the wider local community of Birmingham, which documents the process behind the creation of the final artwork, the participant’s experiences and the project’s objectives; Online documentation of the project highlighting the experiences of its participants. Volunteer training and skills building opportunities.

CAN YOU HELP?
If you like the sound of any of these projects, want to see them happen, can help with resources or want to get involved email birminghamsoup[@]gmail.com and we’ll put you in touch.

I'm co-owner of Birmingham based magazine's Fused and Area Culture Guide. Along with David O'Coy I produce the magazine's from our offices in Birmingham's city centre.. I am a writer, designer, stylist and all round publisher of lovely magazines. View more posts